Fate Sisters – Age of the Gods

Fate Sisters follows the story of Moirai or “Fates” and features the three sisters Clotho, Lachesis and Atropos who together were responsible for controlling the threads of life.

Age of the Gods Fate Sisters is a medium variance Progressive slot by Playtech and is the sixth game released in this series. 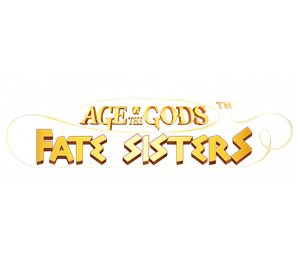 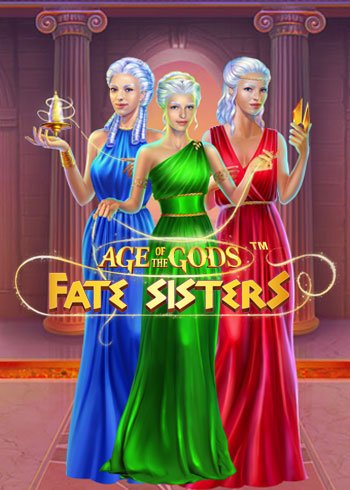 Age of the Gods Fate Sisters is a slot powered of the Age of the Gods series by Playtech, and this slot game has five reels 25 paylines this Greek mythology themed game focuses in the three sisters who determined the fates of every mortal, God and Titan.

There’s a Re-Spin Feature in the base game as well as three Free Spin Options based on the three sisters.

May the mythological Moirai of Ancient Greece, turn your spins into wins.

This medium volatility slot has a variance of 92.95%.

The higher paying symbols are all in keeping with the theme, and they are the three sisters Clotho, Lachesis and Atropos.

Other symbols include Golden Scissors and thread on a golden bobbin.

The coin is the games Wild symbol, and it substitutes for all the other symbols except the Scatter.

It also offers up to 10,000x your line bet when you land five on a payline.

The Portal is the Scatter Symbol and it triggers the Fates Portal Free Games Feature.

When players land three Scatter symbols on the reels the Fates Free Games Feature is triggered.

Players then have the option of choosing one of the three Free Games modes on offer, namely:

Select this game, and you receive 15 Free Spins with a dynamic Multiplier.

Added to this your Free Spins can be re-triggered when Atropos lands on reel 3 rewarding you with some sweet cash.

Activate this game and receive 10 Free Spins with locking Wilds that assist in creating winning combinations.

When Clotho appears you receive 8 Free Spins, Random Wilds and the chance to earn an additional three Free Spins when she lands on the third reel.

The Sisters Gift feature game is activated when Lachesis, Clotho and Atropos land on reels 1, 3 and 5.

This will launch a Re-Spin with the sisters locked in place and payout as Scatter Symbols.

Any spin can trigger the Age of Gods Fate Sisters Mystery Progressive Jackpots.

This multi-level Progressive mini-game guarantees win of one of the four Progressive Jackpots.

The four Age of the gods jackpots are:

Age of the Gods Fate Sisters is an interesting slot game, and if you are a fan of Greek Mythology, you are sure to enjoy this exciting group of Goddesses.

They can either assist you in huge payouts, notably the Wild which pays 10,000 coins for five of a kind.

Spinners also get a chance to win one of four Progressive Jackpots but be careful with your betting strategy as Atropos could cut your thread and end your winning streak.

Finally, if you like to buy bonus games, try Playtech’s Kingdoms Rise featuring 9 kingdoms and a bonus feature shop.