Age of the Gods Introduction Slot

Age of the Gods is the first in Playtech’s Age of the Gods series. This slot introduces all four Gods that bestow rewards like paying up to 50,000x your stake and multipliers that increase and decrease on Athena’s Free Spins.

There is also Hercules stacked wilds and of course the mystery Progressive Jackpots. 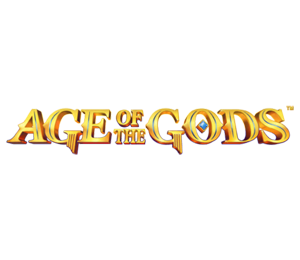 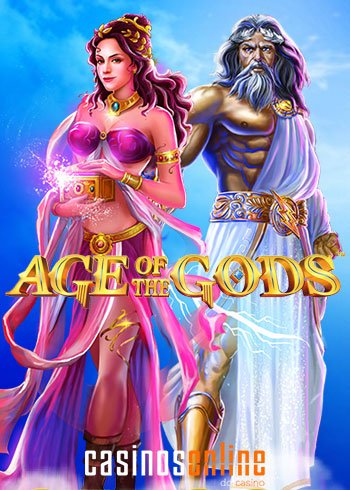 Age of the Gods Game Features

Age of the Gods Introduction Slot

This is the introduction slot to the Age of the Gods jackpot slots series by Playtech.

Age of the Gods slots is an ancient Greek Mythology themed slot inspired by divine myths from Ancient Greece.

Set high in the clouds with Mt Olympus as the backdrop creating a regal feel to it with a soundtrack that adds to the mystery and ambience of Age of the Gods.

This game features Athena, Hercules, Zeus and Poseidon and offers a Pantheon of Power on Reels where all of the Gods line up to reward you with a significant cash prize.

Age of the Gods also has a super Bonus game where players get to enjoy a four Free Spin Feature each one based on the Gods.

There are also Multipliers up to 5x as well as Expanding Wilds. Time to get spinning and see what the Gods have in store for you.

Betting in Age of the Gods starts at $0.01 with the maximum bet being $25, and with this betting range, it’s sure to suit all budgets.

This medium to high volatility slot has an RTP of 95.02% but when the Jackpot contribution is taken into account its really 94.03%.

Age of the Gods Symbols

Symbols in Age of the Gods include low-value symbols which are A, Q and K Royals.

There are also the Gods, Athena, Hercules, Poseidon and Zeus and a Golden Mask that pays 250x your stake.

Age of the Gods Wild Symbol

The Wild Symbol is the golden wreath and substitutes for all symbols except for the games Scatter.

Age of the Gods Scatter Symbol

Scatter Symbol is the games logo and when you land three or more triggers the Bonus Game.

The Bonus features trigger is landing three or more of the Scatter Symbols anywhere on the reels in the base game.

With all four Free Spin Features, you receive nine Free Spins; however, each feature has its characteristics.

Athena awards you with nine Free Spins plus random Multipliers of between 2x-5x for your next Free Spin.

With nine Free Spins, awarded players start this feature with a 1x Multiplier.

In this feature, you receive nine Free Spins.

Five of the symbols in this feature on every Free Spin can be turned into Wilds by Poseidon’s Trident.

In this feature, Hercules acts as a Stacked Wild Symbol on the middle reel and substitutes for all the other symbols except the Scatter.

The maximum you can win in the Hercules Free Spin Feature is 10,000x your stake per Free Spin.

As with all of the Age of the Gods series, there are four Progressive Jackpots to be won randomly.

When you enter the Age of the Gods Jackpot Feature, you are taken to a 5×4 grid where you have to select three matching coins to reveal the Jackpot you have won.

The four jackpots available are:

This is the introductory slot to the entire Age of the Gods Slots Series by Playtech.

This beautifully designed slot is enjoyment at its best and one of the best in the Age of Gods slots series.

Let the Games Begin in this superb Age of the Gods introduction slot developed and designed by Playtech.

Play Age of the Gods At These Excellent Casinos