Apollo Power Now In Age of the Gods

Apollo Power by Playtech is a 6 reel slot with 50 paylines linked to the massive Age of the Gods Progressive Jackpot network.

With the help of a special Wild symbol, it unleashes the Apollo Power Re-Spins Feature creating wins paying up to 600x your line bet. 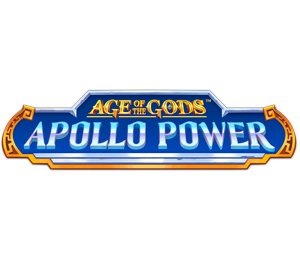 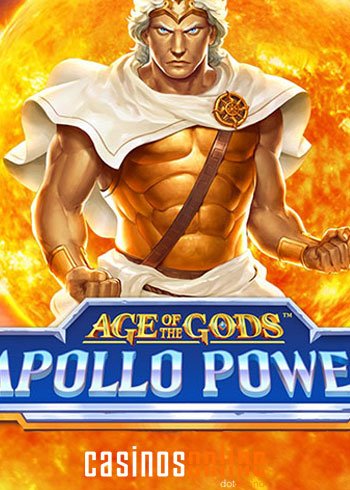 Players familiar with Age of the Gods series should now have a good grounding in Greek mythology.

Importantly, you know that Apollo was a God in Ancient times who ruled over many things.

But Apollo was most renowned for being the God of Healing and the son of Zeus.

Rumor has it Apollo was an extremely complex character.

However, the excellent news is the slot game Age of the Gods Apollo Power is not as complex.

As a result, Apollo Power has a medium volatility with a maximum potential win of a 1000x your bet.

There’s more, if the Gods or rather Apollo is feeling generous, you may be one of the lucky players to trigger one of the four random Progressive Jackpots on any given spin.

Betting range is between $0.10 – $500 which means it suits all budgets and high rollers are going to love playing this medium volatility slot with an RTP of 96.06%

The main God character of this slot game is Apollo himself with payout up to 12x your bet.

Apollo Power also has five medium value symbols which are:

The royal symbols are the games low paying symbols, and they pay out 1x your bet for six on a payline.

There are two Wild Symbols in Apollo Power, and they are the Golden “W” and the Sunny “W”.

Both replace all other symbols assisting in forming winning combos. The sunny “W” triggers the Power Re-Spins.

Apollo Power’s Re-Spins Feature is triggered when the sunny “W” lands on the reels, and then with each subsequent spin.

Also, it moves to another position leaving a trail of regular Wilds in its place.

This Wild symbol pays 20x your bet when you land six on a payline.

The Re-Spins Feature will continue until the Sun returns to its original triggering position.

The Progressive Jackpot in any all of the Age of the Gods series is randomly triggered.

The higher your bet, the better your chances of triggering Apollo Power’s random Progressive Jackpots.

When the Progressive is triggered, a new screen with a 4×5 grid of gold coins, you will then have to select three matching coins to receive a win.

The four jackpots available are:

Apollo Power is about the Sun God in Greek mythology named Apollo.

The Age of the Gods slot, Apollo Power shines brightly with its sunny Wilds and four Progressive Jackpots.

Another main attraction in this slot game by Playtech are the Apollo Power Re-Spins which allow players a chance at winning up to a 1000x their stake.