Green Wizard slot features the Fire Blaze Hold and Respin bonus game while experiencing the magic of re-spins and multipliers over 243 paylines.

Also, as a new addition to the “Fire Blaze Slots Series” Green Wizard has a top win of 2000x your bet stake in this medium to high volatility slot. 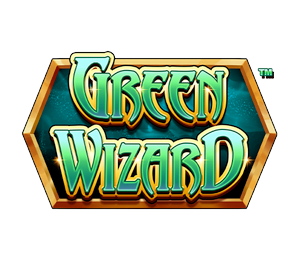 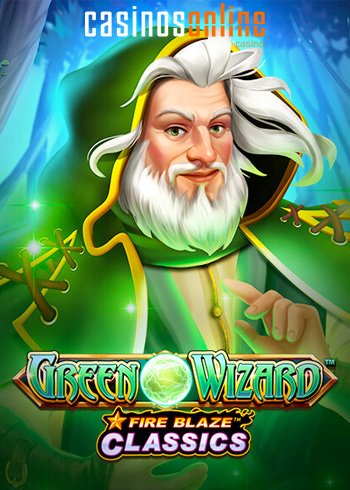 Green Wizard, released in October 2022 is a follow-up to Playtech’s Red Wizard Fire Blaze slot that was released in March 2021.

Playing Green Wizard slot, you get to enter the woods on a mysterious quest over 243 paylines during the base game and 576 in the free spins round.

This magical-themed slot has graphics that capture the mystical feel superbly with relaxing tunes to boost the mysterious ambience.

There are Magic Ball symbols that lead to Re-spins as well as 4 fixed jackpots with up to 2000x your stake up for grabs.

Look out for the Green Wizard 2x Multiplier Wilds because when they land on the middle reels you could receive as much as an 8x Multiplier.

Green Wizard Fire Blaze is playable on desktops, laptops, tablets, and smartphones which include iOS, Android and Windows devices with no features visually compromised as Playtech deploys HTML5 technology on all their slot games.

Importantly, Green Wizard slot game has an RTP of 95.90% and bumped-up volatility of medium to high.

Green Wizard Fire Blaze has a hit frequency of 31.24% which means you can trigger the Free Spins feature on average every 145 spins.

Importantly, Fire Blaze was designed with a Hold and Re-Spin feature which is activated by landing 6 or more Magic Ball symbols anywhere on the reels.

These Magic Ball symbols come with cash prizes and they are held in position.

Furthermore, players then receive 3 Re-spins. Land 1+ Magic Ball during the re-spin and the re-spin counter gets reset to 3.

There’s more, after each re-spin one of the held Magic Balls can randomly transform into a Gold Egg symbol.

Magic Balls with stars transform into the Mini, Minor or Major jackpot prizes which are worth 20x, 100x or 500x your stake.

Finally, fill all 15 positions with Magic Balls and you reel in the 2000x bet stake win.

The middle three reels will display 4 symbols which means you benefit from 576 ways to win during this round.

Land 3 or more scatters during a free spin and you receive a further 6 free spins. This can continue for as long as you keep landing Castle Scatters.

You will see reels 1, 2 and 3 highlighted by an animated gold frame.

So any Green Wizard that lands on the highlighted reel will give you a 2x multiplier.

Moreover there is the potential of winning up to an 8x multiplier.

More importantly, keep your eyes peeled for Magic Ball symbols landing on the highlighted area as these contain high values.

Furthermore, this means triggering the Fire Blaze Hold & Spin feature during the free spins will be rather lucrative and add some nice cash to your bankroll.

Green Wizard looks similar to Fire Blaze’s earlier versions of Blue Wizard and Red Wizard slots. Notably, the graphics and sound effects are well done as can be expected from a Playtech slot.

In terms of game play, there’s the Free Spins feature with multipliers reaching as high as 8x.

Also, the Fire Blaze Hold and Re-Spin feature where you stand a chance of winning up to 2000x your stake.

Green Wizard is an enjoyable game, however it does not venture far from the design of Blue and Red Wizard.