King of Olympus – Age of the Gods

Fans of the Age of the Gods series will not be disappointed when playing King of Olympus as it offers players the chance to win one of four Progressive Jackpots.

There are also some heavenly wins across 25 fixed paylines as well as a 3000x Jackpot in standard play and Multipliers which assist in increasing wins. 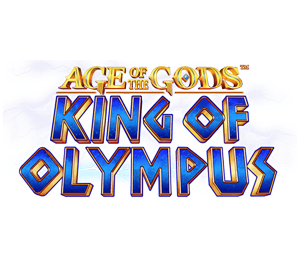 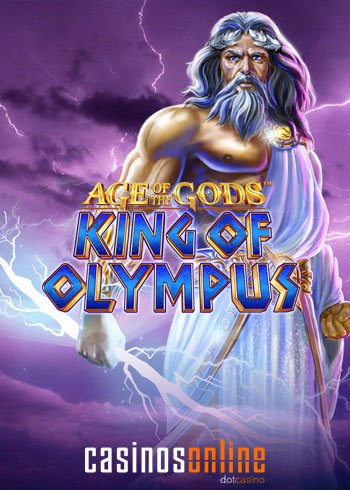 King of Olympus is visually appealing, and once again Playtech has created a winner in their Age of the Gods series.

In this five reels 25 paylines Jackpot Slot, Zeus the King of all Gods is the slots main character.

Also, Zeus is well known for his power and protective nature.

However, let us not forget Zeus also has a temper so beware not to spin the reels the wrong way.

Pay homage to the King of Olympus and be well rewarded with Free Spins, multipliers and a chance at winning the Ultimate Jackpot worth $100,000.

The reels in King of Olympus are packed with Zeus references and include artifacts relating to Ancient Greece.

They include Golden Lyres, Clay Vases, Sailing Vessels, an Eagle and of course Pegasus, the ever-faithful servant to Zeus.

The low-value symbols are the four card ranks A, K, Q and J

The Wild symbol in Age of the Gods: King of Olympus is none other than Zeus himself.

He substitutes for all other symbols except the Scatter and offers payouts up to 3000x your line bet value for five on a payline.

The Temple with Zeus emblazoned across it is the games Scatter Symbol.

It awards total bet Multiplier prizes of 1x, 3x 10x and 100x whenever two or more appear in any position on the reels.

To trigger the Free Spins Feature players need to land a minimum of three Scatters anywhere on the reels.

Players receive 10 Free Spins and a 2x Multiplier that increases in value by 1x every two spins.

A special Zeus symbol appears for the full duration of the feature and is in the center of reel 3.

It acts as a Wild and helps form winning combinations.

The Progressive Jackpots is an Age of the Gods unique feature and is triggered randomly on any spin, even non-winning spins qualify.

To increase your chances at triggering the Jackpot, bets need to of a higher value.

When the Jackpot Feature is triggered, players get to pick from 20 gold coins set within a vast Temple in the sky.

Each coin reveals one of four symbols, and they represent a specific Progressive Jackpot.

Once you have collected three matching symbols, you will receive one of the following corresponding Progressive Jackpots:

In this Age of the Gods series King of Olympus Zeus is exceptionally kind to spinners. Here players receive Free Spins with Multipliers and a Pick and collect Bonus game.

There are also four mystery Progressive Jackpots up for grabs in this visually magnificent slot game set on Mt Olympus.