King of the Underworld – Age of the Gods

King of the Underworld is another entertaining slot game in the hugely popular series Age of the Gods. It’s a five reels 20 paylines slot that offers players wilds paying out 10,000x your bet, Scatters and two magnificent Bonus Rounds.

There is the Gates of Hell bonus game, The Thread of Fate bonus game, and one of four Progressive Jackpots to win. 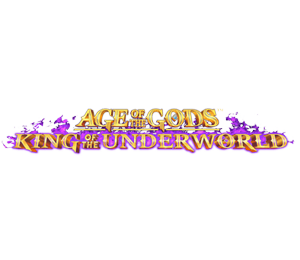 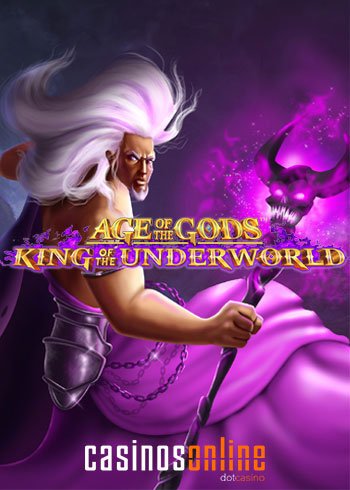 King of the Underworld Game Features

King of the Underworld Slot Review

This five-reel 20 paylines slot comes with two Pick me style bonus features where players have the potential to walk away with some big cash prizes.

Visually brilliant, players get introduced to the ferocious Cerberus beast, Hermes and the Fate Sisters.

Take your seat as the ultimate ruler of the underworld and place bets of between $0.20 to $40 a spin across all devices.

King of the Underworld Symbols

Tartarus is the games Wild, and he substitutes for all symbols except the Scatters and Bonus symbols, more so he pays up to 10,000x your total stake when he fills an entire reel.

Charon is the Scatter symbol and pays as much as 100x your stake for five anywhere on the reels. There are also the usual A, K and Q Royals.

Players enter this feature when they land three Cerberus symbols on a payline, and they have to descend to the Underworld to rescue a lost soul.

Choose wisely because opening the wrong door leads you to Cerberus and ends the feature.

Thread of fate bonus feature is triggered when you get 3 Fate Sister Symbols on a payline and get presented with a selection of thread spindles to pick from.

Furthermore, as you select a spindle, players weave a thread through the Fate Sisters for Atropos to cut.

The feature ends when he is unable to cut through the thread. As with other Bonus features, all wins get multiplied by the number of paylines you are playing.

King of the Underworld Jackpots

In this Playtech Age of the Gods, slot players stand the chance of winning one of the four-tiered Jackpots that are randomly triggered.

King of the Underworld’s Jackpots are:

Age of the Gods King of the Underworld is another incarnation of award-winning games by Playtech. This slot is all about saving lost souls and rewarding players for assisting.

King of the Underworld is a high volatility slot with some generous prizes of up to 10,000x your bet or one of their four Progressive Jackpots.

Play King of the Underworld At These Excellent Casinos