Gods and Giants – Age of the Gods Norse

Age of the Gods Norse Gods and Giants is a Progressive slot powered by Playtech and forms part of their Norse mythology series. 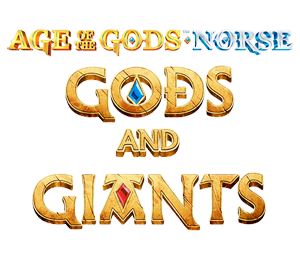 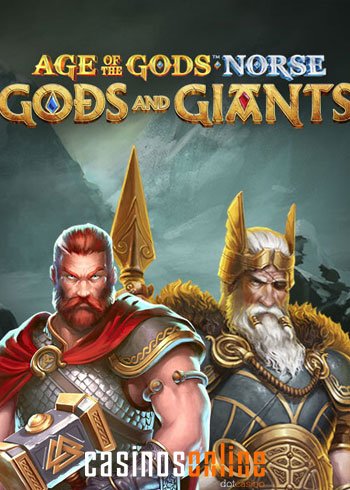 Norse Gods and Giants Age of the Gods Slot Review

Furthermore, the slot is about Norse mythology and you will encounter ice giants and Old Norse Gods in this highly volatile slot game.

Norse Gods and Giants leave nothing to be desired, the magnificent graphics and sound effect allow you to enjoy immersive game play.

Get Ready to Battle in this Viking adventure and rake in some generous rewards.

In Gods and Giants players can start spinning the reels at $0.50 right up to a maximum bet of $300 per spin across 50 paylines.

Age of the Gods Norse: Gods and Giants high paying game symbols are the Blue and Yellow Gods.

The other high paying symbols are the frosty Giant, the Purple Giant and a Serpent.

In Age of the Gods Norse, Gods and Giants Progressive slot the common Rune is the Wild Symbol.

Cover full lines with the Wild and win a 1000x your stake.

The games logo in Gods and Giants is the Scatter Symbol, and it triggers the Free Spins Bonus Feature.

For any wins to occur, players need to land a minimum of three matching symbols on the reel set.

In Age of the Gods Norse: Gods and Giants, the optimal payouts occur when players fall five of the same symbols.

Giants and Gods Progressive have a complete Bonus kit which in essence means players benefit from two randomly triggered base game features and a Free Spins Bonus Round.

There is also the possibility of winning one of the three Progressive Jackpots which are randomly triggered.

Triggering the Giant Re-Spins Feature happens when you land 3×3 Giant Symbols on reels 2, 3 and 4.

The Giant Re-Spins Feature is only triggered if the Giant Symbol does not connect in a winning combo.

Any identical symbol landing on reel five will be frozen in place together with the Giants Symbols on the middle reels.

Giant 3×3 Symbol can move one nudge from right to left, or they remain static in the middle.

For further Re-Spins the remaining reel positions will spin again.

As a result, should you land a minimum of one new matching symbol on reels 1 or 5 you could be in for some generous rewards.

The Power Nudge Feature is a harder bonus feature to trigger. land a full stack of identical symbols on the first reel as well as a matching 3×3 Giant Symbol partly visible on the three middle reels.

Finally, what happens thereafter is that the giant Symbol will nudge into place, filling the middle three reels giving you a bigger payout.

It can also lead to a full screen of matching symbols.

The Free Spins Bonus Round starts when you by land fully visible 3×3 Scatter Symbols on the three middle reels.

In this Free Spins Bonus Round, the Power Nudge is in play and assists in players, adding some sweet cash to their bankroll.

An added bonus is that the Free Spins can be re-triggered with no restrictions on the number of times this can occur.

Either way, you initially receive 8 Free Spins when all symbols land on reels 1 and 5.

During the Bonus Round, the following two features can be re-triggered:

The Three Jackpots in Age of the Gods Norse Gods and Giants are:

Playtech has hit the sweet Norse mythology spot with the release of their latest Age of Gods Norse Gods and Giants.

Two base game features can fire up wins, and they are the Giant Re-Spins Feature and the Free Spins Bonus Round.

Highlighted are the three Progressive Jackpots and not counting the Jackpot you can win up to 1000x your stake in Age of the Gods Norse Gods and Giants.

Norse Gods and Giants visuals are top notch which is no surprise as its produced by Playtech. Finally, Gods and Giants was designed with an RTP of 96.49% and a high volatility.