Prince of Olympus – Age of the Gods

Join Hercules in his heroic quest in the Age of the Gods Series, Prince of Olympus developed by Playtech.

Age of the Gods slots including Prince of Olympus can be played on a smartphone or desktop computer. 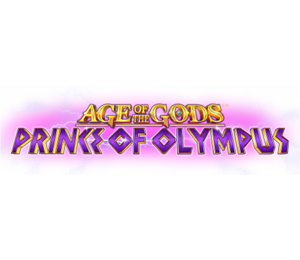 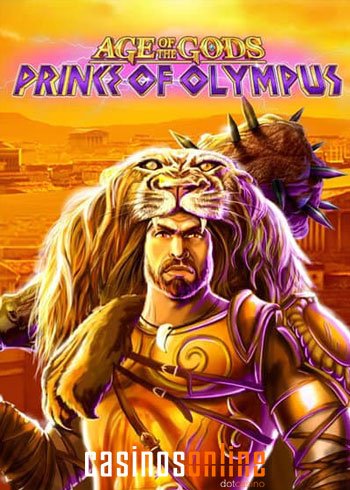 Take on the persona of Hercules in this Age of Gods slot game Prince of Olympus by Playtech. Spin the five reels of this 25 paylines slot heroically and be rewarded with Free Spins and one of four Heavenly Progressive Jackpots.

Hercules, the son of Zeus, has the leading role in this slot game. He is known for his superhuman strength and his sense of adventure saw him take on a series of feats known as “The Twelve Labours of Heracles”.

These feats included defeating creatures and collecting treasures, rather apt as that is what avid spinners in the Age of the Gods: Prince of Olympus have that same goal in mind.

An Olympus of Symbols

In Age of the Gods, Prince of Olympus the low paying symbols are the cards 9 through to A, and when you land five on a payline, you can expect to win between 50x to 100x your stake.

The higher paying symbols are a Club, a Strengthening Belt, Golden Apples and Cerebus who pays 4000x your stake for five on a payline.

Hercules is the Scatter Symbol when playing Prince of Olympus.

Hercules also acts as the games Wild in the Herculean Strength Feature, so he has a dual purpose and assists in adding to winning combinations.

This feature is triggered when the Hercules symbol appears on reels 2, 3 and 4 acting as Wilds.

If you hit the symbol in the middle of the third reel, it expands and locks itself there for a total of two Re-Spins.

When three symbols appear on the middle reels, it expands and covers all three reels and locks in place for a further Re-Spin.

The Hydra Bonus Feature takes you away from the reels and into a stunningly animated game. Accessing this feature, you need to hit a Hydra symbol on reels 1 and 5.

When this happens, a new screen appears where Hercules is preparing to fight the fearsome nine-headed water monster.

Players then need to select three out of the nine heads and arrows will be fired at the chosen heads revealing some nice cash prizes.

Next, have the option of slashing one of the remaining heads which award you with a Multiplier increasing your winnings.

Land three or more Hercules Scatters in any position and win 10 Free Spins multiplied by three.

The Progressive Jackpots are triggered randomly on any spin in all the Age of the Gods slots.

When the Jackpot Feature is triggered, players get to pick from 20 gold coins.

Therefore, each coin reveals one of four symbols that represent a specific Progressive Jackpot.

Collected three matching symbols and receive one of the following corresponding Progressive Jackpots:

Don your Armour as you stand tall and spin your way to some Godly wins in Age of the Gods Prince of Olympus.

Prince of Olympus slot game flexes its muscles when it comes to bonus feature games.

As a result, game symbols like expanding wilds can triple value wins, free spins and a unique bonus side game where players battle the nine-headed sea monster.

Last but not least, the progressive jackpot game is triggered randomly at any time while playing with any bet amount.