As a result, wins may not be as frequent, however, players stand a chance to win 2000x their stake.

Four Jackpots are up for grabs during the Fire Blaze Respin feature, benefit from Wilds, Free Spins and River of Flowers feature. 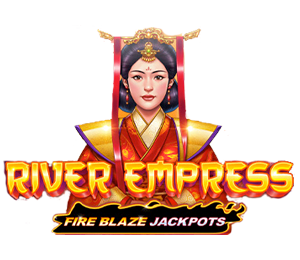 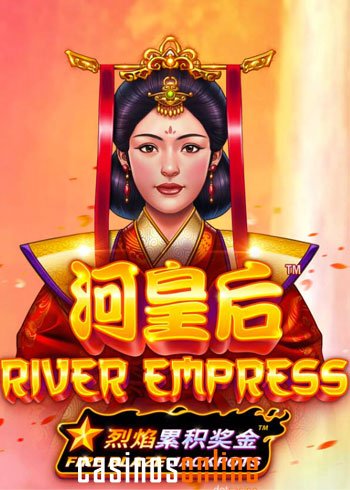 Step into the mystical world of the River Empress and become part of her Empire in this 5×3 reel set along with 30 active paylines.

This Fire Blaze slot has an Asian theme and focuses on the River Empress with reels placed deep in the mountains at the river source.

The game play in the River Empress includes two Bonus Features: the Free Spins and the Hold and Win feature.

The Wild assists in forming winning combinations, and last but not least the four fixed Jackpots with the Grand Jackpot paying out a royally good 2000x your stake.

The River Empress allows players to place bets starting from $0.10 up to $500 per spin.

Players can also activate the Auto play option and reap the benefits of the games generous RTP of 96.50%

There are Asian themed slots symbols along with the low paying Royals giving wins of up to 1.6 x your stake on the reels of River Empress.

Furthermore, the high paying symbols include, a Lotus Flower, Fishes, the Empress’s Boat, Bridges, and these symbols reward up to 6x for five-of-a-kind.

Also, the Lotus Flower is the Scatter and the River Empress is the games Wild symbol.

The Lotus symbol is the games Scatter and landing three of these symbols triggers the Free Spins feature.

Players then receive 4 coloured flowers, and they have to select one of them, which will determine the number of free spins they receive.

The options available are 4, 6 and 10 Free Spins which also come with extra Wilds, meaning you could be raking in some decent wins.

The slots Hold and Win feature is increasingly popular, and to trigger this feature, players need to land the correct amount of Pearl symbols.

There are three Respins and landing additional Pearls the counter resets to three. When all the respins get used, players receive their cash payout.

During this feature, players stand a chance of winning one of the four Jackpots by filling all 15 positions with pearl symbols.

As previously mentioned, the River Empress slot has four fixed Fire Blaze Jackpots, which can also be won during the Free Spins feature. They are:

River Empress is another successful Fire Blaze slot game, and it has the potential to reward great prizes.

It’s all about the Fire Blaze Grand Jackpot and Free Spins feature.

River Empress base games and the Fire Blaze Jackpots have a combined RTP of 96.50% and is a medium to high volatility slot.