Ruler of the Sky Age of the Gods

Ruler of the Sky was developed for Playtech’s Age of the Gods slots series that offers 5 reels and up to 40 paylines.

The key feature with Ruler of the Sky is the games stacked wilds and free spins as well as four linked progressive jackpots. 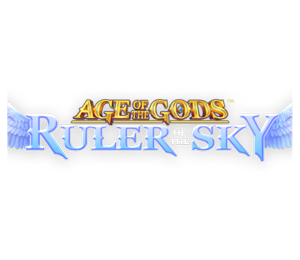 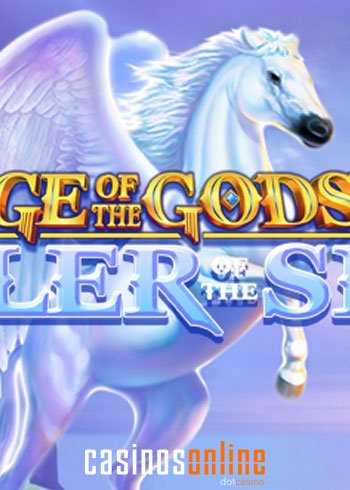 Ruler of the Sky Game Features

Ruler of the Sky Slot Review

Age of the Gods fantastic slots, Ruler of the sky is a five-reel with 40 paylines from Playtech. Also, like other slots in the series encapsulate the Greek Mythology theme.

The slot boasts magnificent graphics and the attention to detail is superb as are the features this slot game offers all of which have helped this title reach instant popularity.

The games start at the top of Mt Olympus with clouds scudding across in the background.

When you start spinning the reels in Ruler of the Sky, the background changes to a rich purple with highlights of gold.

Slot players are going to love this slot because there is nothing they like more than Free Spins.

Furthermore, with Ruler of the Sky when playing your free spins the games allow you to earn more spins indefinitely.

The symbols are in keeping with the theme and once again, the attention to detail astounding.

The Greek Temple is the highest paying symbol paying out between 30-400 coins for three of a kind, depending on your bet amount.

The Harp, helmet and Vase are the other high paying symbols in the collection.

Pegasus the mighty steed is the Wild symbol in Age of the Gods, Ruler of the Sky and pays a 1000 coins when you land five.

The mighty Pegasus substitutes for all the other symbols except for the Scatter and can be stacked anywhere on the reels.

The Golden Laurel Crown is Age of the Gods: Ruler of the Sky’s Scatter Symbol.

In addition to the free spins, free spins continue indefinitely when you land more Pegasus Wilds. It’s what one could call a “reel” game-changer.

There are four Progressive Jackpots up for grabs in Ruler of the Sky slot game.

The Age of Gods Jackpots are randomly triggered, and placing the maximum bets allows you a better chance of triggering one of the four Jackpots.

Age of the Gods Progressive Jackpots are:

Like all the other slots in the Age of the Gods series winning one of the four Progressive Jackpots.

Importantly, you will need to select three matching coins out of 20 which will reveal the Jackpot you have won.

Conclusion Ruler of the Sky

Players will certainly soar to new heights when they play Ruler of the Sky slot by Playtech’s Age of the Gods slots.

It is an exciting game with magnificent graphics and the fact that the Mighty steed packs on the bonuses and Free Spins to keep the wins reeling in.