Buccaneer Bells is a pirate-themed jackpot slot under license by Playtech’s Fire Blaze Jackpot Series and developed by Rarestone Gaming.

Buccaneer Bells is a medium volatility Jackpot slot with special game features including: 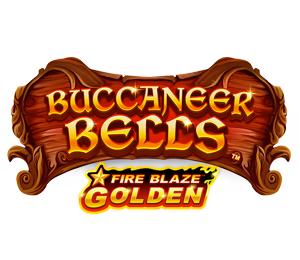 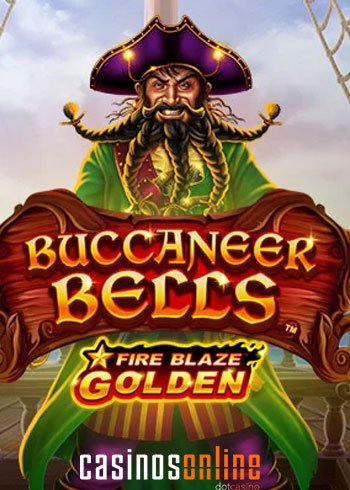 This slot has a salty Pirate theme and comes with five reels and 40 win ways.

A bonus round gets re-triggered by landing 2-3 Scatters on the same Free Spin, giving you 4 to 8 extra spins, respectively, with no upper limit.

The Fire Blaze Jackpot is also triggered during this round to set sail and conquer the Seven Seas.

Symbols of the Sea

The Pirate Ship is the Scatter Symbol, and players need at least 3 to trigger the Bonus Round.

The Captain is Wild, and he appears on all the reels except the first.

The Bell symbols are the ones that start the Fire Blaze Golden Re-Spins feature, and they turn into cash coins and become sticky.

As previously mentioned, the Captain is the games Wild; he steps in for all the other regular pay symbols.

Other than that, this slot is all about the Hold & Respins Feature and the Bonus Round.

The triggered Bells turn into Cash Coins and become sticky on the slots reels.

What happens is players now only land blanks or new cash coins and receive 3 Respins for starters.

Each new coin landed becomes sticky, resetting the tally to 3 extra Respins for each coin landed.

There are also the 4 progressive Jackpots, the Mini, Minor, Major and Grand Jackpots and more than one jackpot feature is a possibility during the feature.

However, the Grand Jackpot only won when the reels get filled with only cash coins or jackpot symbols.

Buccaneer Bells stands out from the rest of the Fire Blaze slots as it gives players a new win calculation for every cash coin they land.

There are also Bonus Rounds with unlimited re-triggers and four fixed Jackpots up to 1000x your stake.

Buccaneer Bells is a lucrative sailing expedition, one worth giving a spin.