Ruler of the Seas: Age of the Gods

Ruler of the Seas is another Age of the Gods Jackpot game by Playtech that offers five reels and 30 active paylines.

In Ruler of the Sea there are 5 free Spins feature games where the reels expand to 8 with 60 paylines. 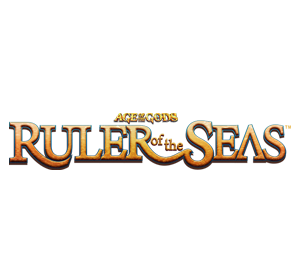 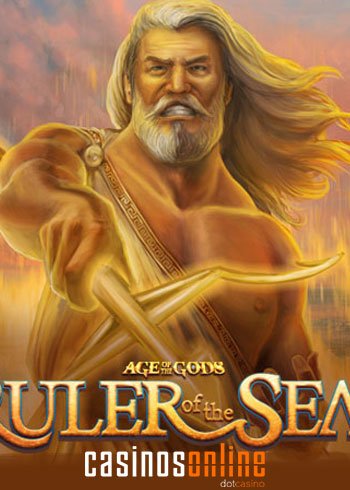 Ruler of the Seas Game Features

Age of the Gods Ruler of the Seas Slot Review

Age of Gods, Ruler of the Seas is another superb release in Playtech’s famous Age of Gods Series.

This Age of the Gods, Ruler of the Seas slot game is based on the mighty Poseidon.

If you are a player who enjoys a exciting game features, then Ruler of the Seas is certainly the slot game to play.

The Features in this Age of the Gods slot include Free Spins, a 5 Re-Spin Options as well as Stacked Wilds.

Remember as long as you remain loyal and persistent, Poseidon can reward huge cash prizes up to 7500x your stake.

When betting on this slot game players can choose to spend between $0.15 to $300 per game spin.

Ruler of the Seas has a decent RTP of 96.41% placing it at the right variance.

An Ocean of Symbols

The low-value symbols in this Age of Gods Progressive slot are the A, K, Q, J, and 10 Card Suits.

The other Gods will also be present, which are Pegasus, Cyclops, Medusa, Athena as well as the God of the Seas Poseidon who is the highest paying symbol.

Five Poseidon’s on a payline will see you earn 3.33x your stake.

The Trident represents the Scatter Symbol. The Trident activates the Free Spins feature when it lands on reels 1.3 and 5.

In the free spins feature game the reels expand to 8 rows with an additional 60 paylines.

For the Re-Spin Feature to be triggered, you only need to land 2 Scatter Symbols in the base game.

When this occurs, you receive one of the five Re-Spin Modifiers for each of the character symbols.

Land 3 Trident Scatters on reels 1.3 and 5 in Age of the Gods: Ruler of the Seas base game to trigger the Free Spins Feature.

When this occurs, players get to choose from five different Free Spin options.

Each Free Spins Feature has its modifiers in this Age of Gods, Ruler of the Seas Slot which is the same as you’d find in the Re-spins Feature.

The only difference is you get to choose which option best suits you. The free spins features are listed below:

In the initial stages of the Free Spins Feature you receive 5 Free Spins with more Free Spins being re-triggered by landing more of the Scatter Symbols.

Ruler of the Seas Progressive Jackpots

The Age of Gods, Ruler of the Seas Jackpot Feature is a significant draw card in this Series by Playtech.

There are 4 Progressive Jackpots, and they are:

These Progressive Jackpots are triggered randomly. When the Jackpot is triggered, a different screen appears where you need to match three coins to win one of the Jackpots.

The Progressive you should be aiming for is the Ultimate Power Jackpot as it offers life-changing amounts.

Age of Gods Ruler of the Seas is another winner from Playtech. It has a lot going on, but don’t be discouraged as it’s not as complicated as it may first seem.

Importantly, this particular slot focuses on Poseidon and four other Gods with each one applying their rewards in the Re-Spins and Free Spins Features.

Finally, there are also four Progressive Jackpots up for grabs which are randomly triggered, so sit tight as you could be the next instant millionaire.

Play Ruler of the Seas At These Excellent Casinos